Home » Business » We’ve Got to Stop Meeting Like This: 7 Reasons to Cancel Your Next Meeting 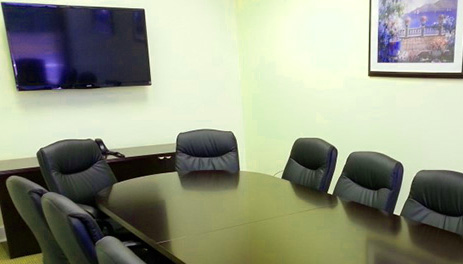 Do you have a lot of standing meetings on your calendar? Do you even know why you’ve been invited to others? The fact is, most meetings are a waste of time. Here are seven reasons to cancel your next one.

Do you have a lot of standing meetings on your calendar? Do you even know why you’ve been invited to others?

Recently I hit “Accept” to an emailed meeting invite without paying enough attention. The sender was someone I enjoy working with, but the invite was for a four-hour workshop in DC—one I had no business attending because it conflicted with a packed day of vital meetings in Chicago. Later that day I learned some of my colleagues cancelled their own crucial meetings because I had failed to use the “Decline, with comments” option to tell them to go ahead without me. (Doesn’t anybody pick up a phone anymore?)

On my better days I avoid meetings. I’ve come up with seven reasons for doing so. They are all based on the assumption that the wrong people are often looking at the wrong information with the wrong expectations at the wrong time for the wrong duration in the wrong location. And it has become far too easy for those folks to email invites to the rest of us.

I’m not against all meetings, mind you. But I do believe scarcity forces economy. So cancel any of your upcoming meetings (to make the meetings you don’t cancel count more) if they exhibit these common flaws:

1) They are costly. Almost nobody considers the costs of meetings. The next time you find yourself in a meeting involving what seems to be too many people, have every participant write their hourly income on a slip of paper (just divide their annual salaries in two and lop off two zeroes). Have one person total the combined cost per hour of having this group huddled together in a room. Add in the catering bill and travel costs. If any participant had to idle a machine to attend, include the lost productivity of that machine, too. Announce the total hourly cost of the meeting to the room. There’s a pretty good chance that everybody around the table will leave determined to hold fewer, smaller meetings from then on.

2) They are pointless. Meeting junkies fail to link the sessions to real work and strategic objectives. Often they can’t even explain exactly why everybody is in the room. A productive meeting should have a clear point and be guided by its purpose. All meetings are not created equal, and different types require different preparation and processes: the working session, where participants perform tasks they can’t achieve toiling alone at their desks; the presentation, where vital information is passed along to and discussed by multiple employees all at once; the announcement, where a major decision or development affecting the company is unveiled; the problem-solving session, where employees iron out conflicts with each other or their customers; or the brain-storming session, where multiple team members dream up new products or ways of doing things.

3) They are unproductive. Not only do meeting junkies forget to calculate the costs of a meeting, they seldom if ever bother to estimate whether the meeting will create any new revenue or profit for the company. Insist that the participants take a few moments to estimate the value that the meeting will produce. Let them pick their own performance metric. It could be efficiency, effectiveness, or energy (fun). Does the return exceed the cost of the meeting? If not, reduce the number of participants. Or cancel it.

4) They are directionless. People make remarkably little effort to make meetings count. Elevate meeting management to an important role. A good meeting manager can save everybody time and money. For example, for fear of being rude, most people will sit in a meeting bored to death rather than bring the meeting to a close when the necessary activities have been completed, staying long after the portion of the discussion that pertains to them is over. So tell the meeting manager to kick out people who are no longer needed, and end the meeting when the work is done—not when the clock releases everybody.

5) They are archaic. Flex the boundaries of your meetings. It’s self-defeating to gather the group only to leave them playing by the same rigid rules they would follow at their desks or work-floor. And don’t ignore the technologies at your disposal. Let some people participate remotely, via telephone or Skype. Instead of insisting everybody arrive at the beginning and stay the whole time, let people come and go when it makes the most sense. Text them to signal when they might productively join for a key bit. Allow participation using voice-over PowerPoint, video, flip charts—any means necessary if it allows them to convey the value of their messages in real-time dialogue with their colleagues.

6) They are theatre. If you can’t cancel a meeting where you anticipate grandstanding, shake up the usual roles by asking new people to take notes, keep time and manage the meeting. Then make new employees or folks from other departments feel welcome and encourage their full participation: The most senior person in the room should insist all the participants—I’ve heard an effective chief executive do exactly this—“Use zero jargon, no inside jokes and no BS.”

7) They are no longer needed. Go ahead and cancel all the standing meetings on your calendar where neither you nor anybody else can explain why it’s occurring. Hey, you don’t automatically renew the budget for last year’s projects, right? Well, the same should go for a standing meeting that has outlived its usefulness. Force anyone requesting a standing meeting to give a clear sense of why they need it and how it creates value for the organization. Don’t over-engineer it, but set up an invite process in which anybody who calls a meeting must provide a simple one-sentence rationale for its existence. You might just have this meeting problem of yours solved.