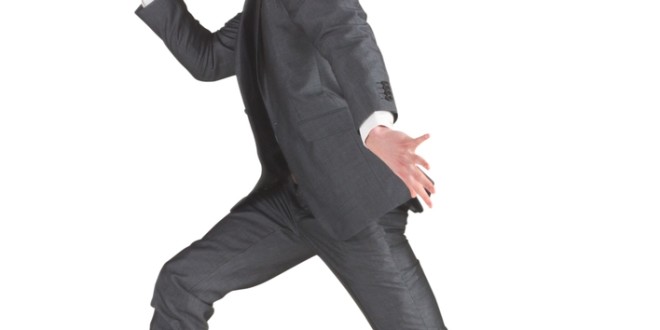 Research shows that managers are susceptible to what psychologists call the “fundamental attribution error”: Forces beyond our control get disproportionate credit for negative results and much less mention when performance is exemplary. One study of letters to shareholders in annual reports found that executives attributed 60 percent of favorable outcomes to internal causes, but only 27 percent of unfavorable outcomes.

McMillon didn’t just dodge responsibility; he deprived his team of the incentive to focus on their own roles in making their targets, no matter how terrible the polar vortex. Rather than wait out a tough season, he might have encouraged them to find ways to compensate for fewer store visits and higher demand for a wintry mix of items.

Great managers focus on execution — the many small decisions, small investments and small solutions that add up to big wins. Legendary UCLA basketball coach John Wooden claimed that even if his opponents stole his playbook, they’d still lose — he was that confident that his team’s flawless execution of its plan would prevail. Under his leadership, UCLA won 10 NCAA national championships in 12 years, including seven in a row. Wooden inspired high standards in his teams and showed them how to find joy in daily disciplines. The winning record naturally followed.

The keys to execution are understanding what specific tasks create value and targeting weaknesses before they erupt into major problems. Managers often think that explaining the results they want is enough, but they also have to help establish routines, scripts and processes for their employees — the often unsung frontline ambassadors for the business. “Unless you translate big thoughts into concrete steps for action, they’re pointless,” Larry Bossidy and Ram Charan write in their book Execution: The Discipline of Getting Things Done.

Zappos.com, the online shoe retailer famous for its customer service, is known for empowering its workers to execute perfectly. The company developed a set of core values, beginning with “Deliver wow through service.” Employees are taught to take pride in surpassing customers’ expectations, leaving them with a positive and memorable story they will enjoy sharing with others.

One Zappos call-center employee came to the aid of a guy whose shoes — he needed them for his friend’s wedding, in which he was the best man — got routed by UPS to the wrong place. Rather than blame others or forces beyond his control, the Zappos employee simply found and shipped another pair overnight to the wedding destination. Then she gave the customer a refund, so the shoes were not only on time, but free. You can bet he’ll be telling that story for a long time. Zappos’ customer loyalty helped the company reach over $1 billion in sales — attracting the attention of Amazon, which bought Zappos for $1.2 billion in 2009.

To help your employees achieve better execution than you ever thought possible, I recommend completing the following exercises — not just quarterly or annually, but continuously, so that the process of improvement becomes a fundamental habit.

Seek to learn without blame.

Many people feel more comfortable building on their strengths because they’re embarrassed to acknowledge their weaknesses. But when you remove blame from the equation, studying failure can be a great source of learning.

The U.S. Army’s After Action Review brings together everyone involved in a mission, from the lowest-ranked private to the commander, to analyze what happened and why. Participants do not judge or criticize; instead, the focus is on understanding how to improve performance of the next mission. Many businesses have adopted this type of review for their operations. Similarly, hospitals routinely hold confidential “morbidity and mortality” meetings to allow doctors to candidly discuss their mistakes and learn from them, without the threat of punishment.

Reflect on the last three times your team didn’t hit its highest standards. Dig in to uncover not who was to blame, but what you could have done differently. Make a concerted effort to change at least one aspect of your systems to improve the outcome next time. This could mean something as simple as setting up a fail-safe email alert to make sure key tasks are completed, or establishing a weekly meeting to discuss potential problems.

It’s easy to put a Band-Aid on a problem, but finding its fundamental cause — and preventing it from recurring, at the lowest cost and in the simplest way — leads to larger gains in execution. The Japanese process of “root-cause analysis” aims at the initial source of a problem, not just its symptoms. Root-cause analysis requires a rigorous inquiry, with managers asking why at each step until they find — and fix — the core of the problem.

When employees apply this technique to their work, they take more ownership and become more proactive, forecasting probable outcomes before they occur. Root-cause analysis builds teamwork, persistence and confidence. People come to understand that fixing problems at their source means analyzing not just what was done, but what was left undone.

GE uses root-cause analysis to eliminate manufacturing defects in its products. For example, the company is currently studying why its giant turbine blades installed at wind farms keep breaking. In another case, a company wondered why one of its manufacturing lines was much less productive than the others, even though it used the same inputs, workers and processes. Eventually, managers realized that the line was near a window, and whenever it rained or snowed, condensation would form, compromising service on that machine just enough to hold back overall results, but not enough to demonstrate an obvious connection.

Look beyond the symptoms to address the first cause of your problem. Don’t assume that frontline employees are to blame; instead, consider systemic and structural issues that could be holding them back from perfect execution.

What we choose to reward inside our companies is vital to creating a deep, shared understanding of what we are expected to do, when and why. At Able Engineering and Component Services, a Phoenix-based company that repairs aircraft parts, chief executive Lee Benson asks his employees to end each day by explaining how close they were to doing their best. In their responses, they uncover clues to help them continuously improve their execution.

Mistakes tend to get a lot of attention, but high-performing firms also study instances of people achieving their best effort, to understand what went right. Was there a lot of communication, or were they working alone? Did they get a task right the first time, or did a backup system catch a potential error? How did the skills of the different team members complement one another?

Collect examples of how your best people act when giving their best efforts on their best days. Record not just their results or how they felt, but what specific activities they completed — or eliminated — to meet their goals.

Demonstrate that the customer is right — with a few exceptions.

Make sure your policies don’t inadvertently get in the way of serving customers. In one extreme case, a California nursing home resident died after a nurse refused to perform CPR because of company regulations against it. Your situation may not be one of life or death, but you may have rigid rules that annoy customers or make it difficult for your employees to provide needed services.

Effective leaders, by contrast, teach their employees to think and act autonomously to please customers. At Marriott International’s flagship hotel chain, Ritz-Carlton hotels, all staff members — even housekeepers — are empowered to spend up to $2,000, without approval from a manager, to make a guest happy. In one case, a waiter overheard a customer saying it was a shame that his wife, who was in a wheelchair, couldn’t get down to the beach. The waiter worked with the maintenance staff to set up a wooden walkway for the couple.

There are other times when holding fast to your company’s values could mean saying no to a customer. A landscape architect might have to tell the owner of an apartment complex that the oak trees he demands will wither in that crowded yard. A consulting firm might choose to walk away from a client who wants to whitewash bad news for the board of directors.

A list of rules or a policy manual will never be as useful as a story that brings to life the nuances of service. Sharing a story about when a customer was “wrong” adds dimensions to that familiar adage “The customer is always right,” and helps to set meaningful guidelines for employees.

Execution requires much more than a playbook. It’s not just following orders, but understanding where — and why — you’re currently falling short, and systematically addressing those weaknesses. It is empowering employees to make good choices. Perfect execution is a high bar, but through many small steps, you can lead your team into a coveted place in the hearts of your best customers.